It is a fair assumption that most of us on the quest for obtaining better health would also endeavor to bridle our mortal impermanence to the best extent humanly possible. To a smaller degree, there are some who also enjoy spicy foods. If you fall into both of these categories then you are in a good majority of those who could very well, be in a position to diminish the threat of mortality and preserve longevity. 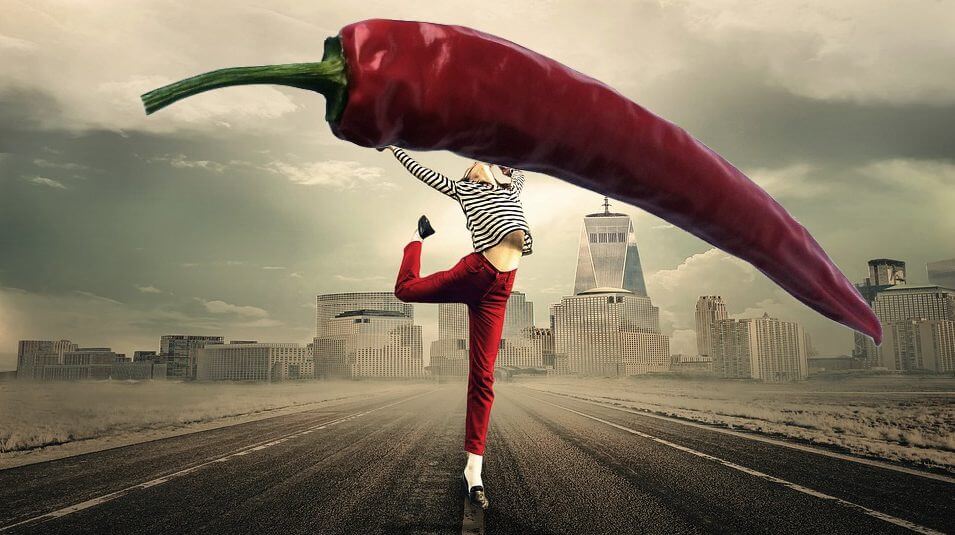 Here are 2 studies that demonstrate a double-digit percentage differential in mortality risk involving participants who regularly consume hot red chili peppers/spicy foods and those who either rarely or never consume them:

The incidence of hot red chili pepper consumption was tested in 16,179 participating subjects at least 18 years of age. The measures used for determining the end result were total and cause specific mortality. A total of 4,946 deaths were monitored during the 273,877 person-years of follow-up with a median age of 18.9 years. Of the participating subjects who consumed hot red chili peppers, the total mortality weighed in at 21.6% as opposed to 33.6% for the participants who did not consume them.

In comparison to those who did not consume the red hot chili peppers, those who did were shown to be predominately younger, male, white, Mexican-American, married, smoke cigarettes, drink alcohol, and consume more vegetables and meats and also had lower HDL-cholesterol, lower income, and less education. The contributing authors of the study concluded their findings, quoting: “our analyses showed a significant decrease in mortality associated with hot red chili pepper consumption.” Although, they also elaborate that because of the nature of analysis used in the study, causality cannot be confirmed, only suggested. The researchers are calling for further studies. source

After adjusting to possible confounders, the study revealed that, in comparison to those who ate spicy foods less than once a week, those who consumed spicy foods almost daily had a 14% lower risk in mortality. In addition, a reciprocal relationship was also observed in cancer, ischemic heart diseases, and respiratory related deaths.

The results were equally consistent between men and women. However, the researchers state that there are limitations to the study such as, a correlation with other dietary habits and lifestyle behaviors in regards to consumption of spicy foods.

Also, it is worth noting that, although the study focuses on spicy foods in general, the chili pepper is among the most popular of spicy foods consumed in China. source

Archeological discoveries suggest that the origins of the chili pepper appear to date back at least 6000 years throughout South America Central America and Mexico:

The wild chili pepper (before domestication and cultivation) had very small fruit and was essentially bird food. Thus, there was very little material use for mankind at the time. Archaeobotanists analyzed starch granules, said to have come from this wild fruit, that are believed to date back 8000 years. It is alleged that it was already known and used in South America as far back as 7500 BC. The process of domestication and cultivation is implied to have ended about 6000 years ago.

Linda Perry, a research colleague in the Smithsonian’s archaeobiology program at the National Museum of Natural History in Washington, came across an unidentified microfossil starch grain while doing research in Venezuela. She then compared the findings with other researchers doing the same body of study in the Bahamas, Panama, Ecuador and Peru. The same mysterious starch grain was found. After studying other starches from other domesticated and wild plants it was determined that the unknown starch was that of a chili pepper and the fossil evidence is suggested to be up to 6000 years old.

The researchers discovered that all species of chilies create microscopic starch granules that resemble red blood cells. These particles were found on milling stones, pottery fragments and residues from seven archaeological sites 6000 years before contact with Europeans. read more here

Other research indicates that the domesticated chili pepper originated in Central East Mexico over 6500 years ago. read more here

Since the chile pepper’s introduction to Europe and South Asia in the 15th and 16th century it has been in the forefront of the world spice trade. source

The chili pepper plant (Scientific name: Capsicum annuum) belongs to the nightshade (Solanaceae) family (along with common others such as tomato, aubergine, potato, etc..) and the chili pepper fruit pod of this plant is known for it’s medicinal/health benefiting attributes.

Chilies are comprised of an active compound known as capsaicin, which gives them a strong spicy, piguant nature.

Vitamin C: 100 g of chili pepper provide roughly about 240% of RDA in vitamin C, which is

essential in providing for the fusion of collagen in the body. The solidarity of collagen in blood vessels, skin, organs, and bones depends on this formal protein. Foods rich in Vitamin C help provide a buffer from the risk of infectious diseases by boosting the immune system and route out harmful pro-inflammatory free radicals from the body.

Vitamin A (and other key phytonutrients

): Chili peppers are also rich in antioxidents like vitamin A and carotenoids such as, β-carotene, α-carotene, lutein, zeaxanthin, and cryptoxanthin. These antioxident contents help protect the body from diseased conditions, improve skin and eye health and reduce blood pressure as well as inflammation. 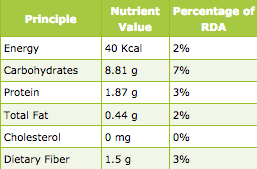 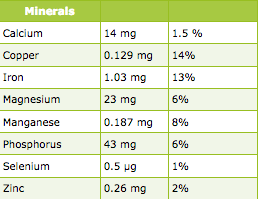 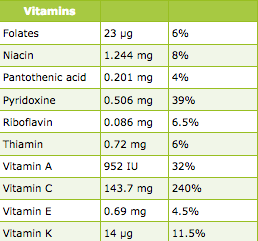 Assessment Of Researched Side Effects:

With the aforementioned mentioned above on chilies’ health and nutritional benefactors, there are also published reviews on how the consumption of chili peppers can also have some pitfalls as well.

In short, despite the research suggesting chili peppers may increase risk of gastric and prostate cancer, there is the contention that these studies have severe limitations.

One of the takaways from I got from researching for this report is, that in the corroborated archeological studies conducted by Linda Perry and other researchers, it was found that the findings of “microscopic starch granules” are in all species of chili peppers and the analysis revealed that they resemble red blood cells. This is very interesting in light of the fact that capsaicin in chili peppers has been shown to lower blood pressure. I would submit that this gives a fair amount of credence to how chili peppers work symbiotically with blood and heart health.

Also, in the subsection of another earlier piece titled (Easy Fruit Smoothie Recipe – Bananacado Apple), I cover cayenne (which is a member of the chili pepper (Capsicum annuum) family, including an encouraging double-blind study on dyspepsia (indigestion) patients and an interesting story about a 90 year old man who’s life was likely saved by his daughter giving him and oral dose of cayenne extract while having a severe heart attack.

Now, there is something also worth mentioning in regards to the possible side effects mentioned above and in particular, the studies on rodents showing premalignant tumors in the the GI tract of the cecum. The cecum has valve called the Ileocecal valve in which I covered in a section on a previous post (Weathering The Cold Months: How To Stay Healthy In The Winter). In that section I cover how, when this valve is not functioning properly it can send bacteria and fecal matter back up into the small intestine. Which can be problematic for obvious reasons.

Spicy foods are one of the culprits cited that can inhibit the Ileocecal valve’s proper function (leaving that door open). So this may be systemically connected. In the aforementioned article and on YouTube there are Ileocecal valve massage techniques that can provide useful remedy for this issue.

Chili Peppers as part of your regular diet has, likely far more upside than downside for the average individual in my assessment of study for this post. Of course, there are always exceptions to take into account with this line of thinking if you have certain health conditions and are on blood thinning medications or have specific biogenetic/metabolic traits. So as I always suggest, it’s always a good choice to talk to your primary physician and keep them informed of your dietary habits. I would also advocate for one to understand their genetics and metabolism as well.

I hope this article has offered some favorable perspectives to you the reader in understanding the wellness opportunities of this ancient fruit called the hot red chili pepper.

Best wishes to your situational wellness

6 Replies to “Hot Red Chili Peppers: A Way To Lower The Risk Of Mortality Studies Find”