The metallic chemical element known as “copper” has many uses. This soft ductile metal is commonly used in most countries as a measure of currency. Although here in the U.S., all minted pennies since 1982 are 97.5% zinc and only 2.5% copper(but i digress). Copper use is also prevalent in plumbing, wiring and circuit boards(just to name a few). 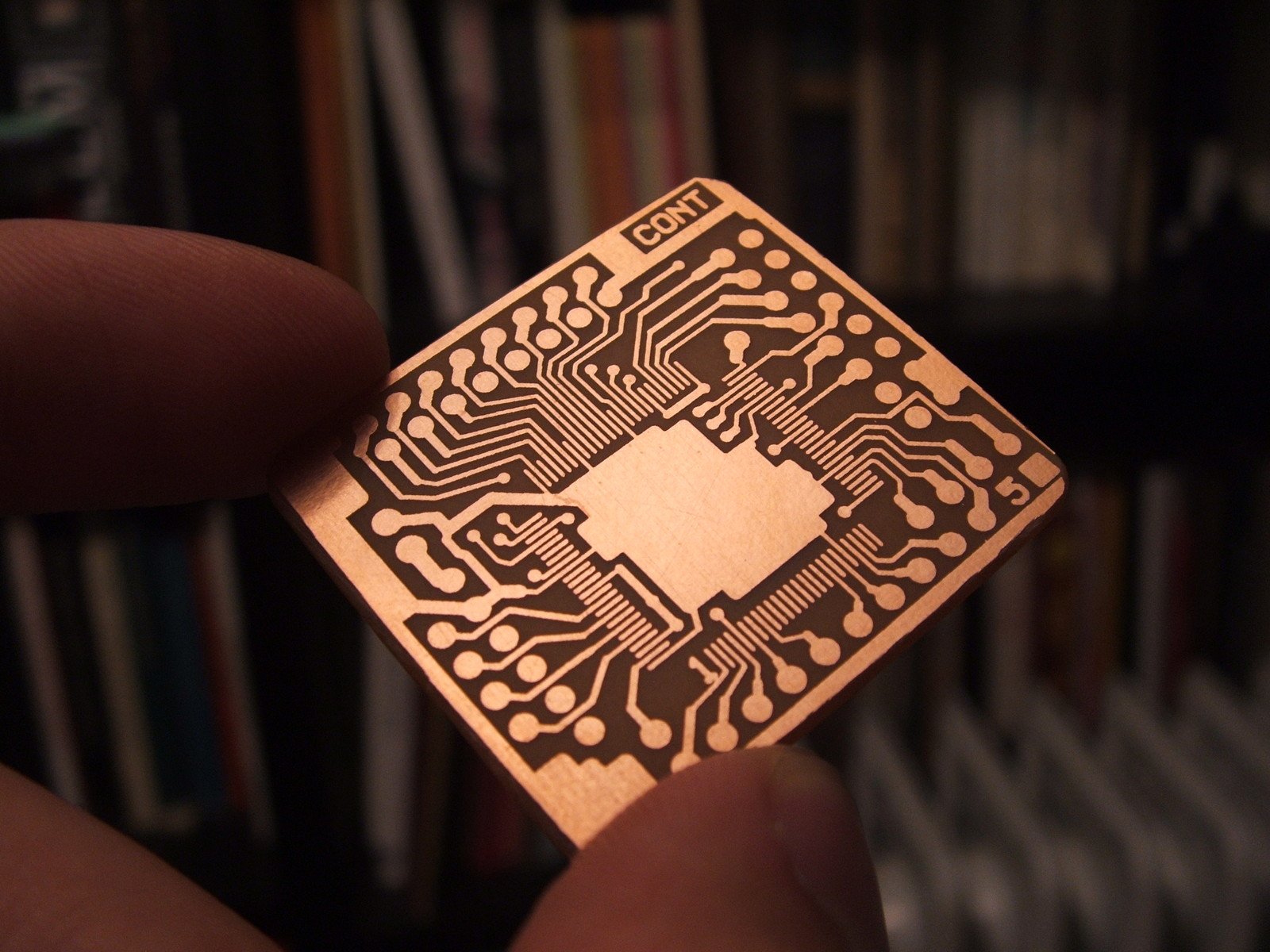 But, there is much published research into the evidence that this orange-brown metal’s benefits to the human body in regards to burning fat and enhancing brain function. 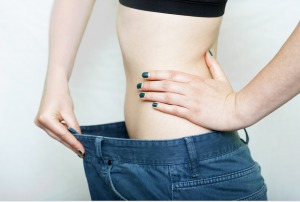 Chris Chang, a faculty scientist at Berkeley Lab’s Chemical Sciences Division and a UC Berkeley professor of chemistry, led a team of researchers into discovering new findings on copper’s fat burning properties. “We find that copper is essential for breaking down fat cells so that they can be used for energy,” said Chang. “It acts as a regulator.

The more copper there is, the more the fat is broken down. We think it would be worthwhile to study whether a deficiency in this nutrient could be linked to obesity and obesity-related diseases.”

Chang goes on to explain how copper could have the potential to burn fat naturally. Since the body cannot make copper on it’s own, it is best attained through our diet, says Chang. Which brings me back to the Standard American Diet(SAD) that I have touched on in previous posts.

Copper is another important element that is lacking in humans, according to Chang. The results in the have led Chang to caution against the use of supplements as too much copper can lead to imbalances with other minerals such as zinc. The estimated average for an adult is 700 micro-grams a day according to the Food and Nutrition Board of the Institute of Medicine.

Chang and his research team discovered what is described as a “Copper as a brake on a brake” phenomenon using mice with a genetic mutation known as Wilson’s disease (which causes accumulation of copper in the liver). This is a genetically inherent condition also found in humans and effects about 1-30’000 which can be fatal if left untreated.

They analyzed the mice with Wilson’s disease and revealed that the abnormal buildup of copper was accompanied by lower than normal lipid levels in the liver compared with control groups of mice.

The researchers also revealed in their findings that the white fat (which are lipid filled cells that store triglycerides that are converted into energy for body metabolism) in the mice with Wilson’s disease exhibited less fat-breakdown activity compared with control mice.

Using (ICP-MS) equipment, they found that copper binds to phosphodiesterase 3, or PDE3, an enzyme that binds to cAMP (cyclic adenosine monophosphate), halting cAMP’s ability to facilitate the breakdown of fat.

“When copper binds phosphodiesterase, it’s like a brake on a brake,” said Chang. “That’s why copper has a positive correlation with lipolysis”(the splitting up or decomposition of fat).

In previous research, Chris Chang has done extensive study with his research team and the Dept of Energy’s Lawrence Berkley’s Nat’l Labratory leading to findings that proper copper levels are also essential to the health of the brain at rest.

“Using new molecular imaging techniques, we’ve identified copper as a dynamic modulator of spontaneous activity of developing neural circuits, which is the baseline activity of neurons without active stimuli, kind of like when you sleep or daydream, that allows circuits to rest and adapt.”

The human brain accounts for only two-percent of total body mass. However, it consumes 20-percent of the oxygen taken in through respiration. Which means that the brain has a high demand for oxygen and oxidative metabolism and therefore, results in the brain harboring the body’s highest levels of copper, as well as iron and zinc.

One of those probes – Copper Fluor-3 (CF3) can be used for one and two-photon imaging of copper ions. This gave them the ability to explore potential contributions to cell signaling of loosely bound forms of copper in hippocampal neurons and retinal tissue. 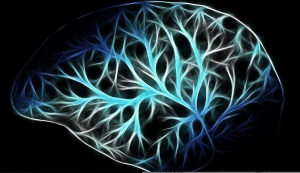 Also, in this study it is suggested that the mismanagement of copper in the brain that has been linked to Wilson’s Disease, Alzheimer’s and other neurological disorders can also contribute to misregulation of signaling in cell−to-cell communications.

In another study using rats as test subjects, by biologist Cutiss Hunt, it was shown that moderate copper deprivation caused underdevelopment of memory-control areas of pups’ brains. The pups showed slower development compared to a controlled group born from mothers with sufficient amounts of copper in their diets.

In the study, there were the two specific areas of the brain that were affected: 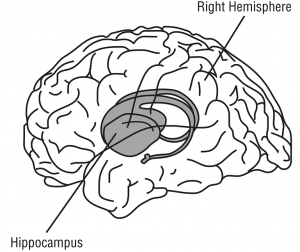 Video: 75% of Americans are copper deficient:

A couple factors that can impact copper deficiency are:

Here are some tell tale signs that you may have copper deficiency:

According to the Agricultural Research Service, research findings have shown that dietary copper deficiency is a risk factor for heart disease and subsequent cardiac failure.

These findings suggest that low copper intake by pregnant women may increase the risk for cardiovascular disease in their children and grandchildren.

The report also mentions surveys indicating that pregnant women often do not meet the current recommended daily intake for dietary Copper. These results indicate that moderately low Copper intake by pregnant women may alter the programmed development of the fetal heart in a manner that increases the risk of heart disease in their children because of impaired mitochondrial function.

According to research at the University of Maryland, the recommended daily dietary intake of copper for pregnant women is 1000mcg and 1300mcg for breastfeeding women. Which is considerably higher than other adults.

Copper Rich Foods You Can Incorporate Into Your Diet 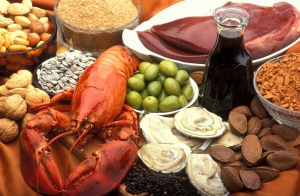 There is widely published data contrary to the above information as to how healthy and safe copper is for the body and in particular, the adverse neurological implications to the brain. Namely Alzheimer’s disease.

Rashid Deane, a research professor at the University of Rochester Medical Center’s department of neurosurgery, is touted as a leading expert on copper’s role with Alzheimer’s. In his study, he and colleagues gave mice low levels of copper similar to what humans are exposed to in their food and environment. The observation was that it disrupted the removal of beta amyloid, an peptide linked to the plaques that form in the brains of Alzheimer’s patients.

Since we’re on the subject of the “cons” regarding copper it would probably be be a good idea to bring up “copper plumbing”. The use of copper piping in U.S home construction began back in the 60’s. Today it is estimated that 98% of homes built after 1970 have copper pipes.

Dr. Mercola explains that the copper in drinking water is inorganic and your body processes it very differently than the copper you consume through the food you eat, making it far more toxic. A simple remedy to address that concern would be a water filter, shower filter and use ceramic or glass cookware.

My Two Cents Worth:

This all comes back to the previous topics posted here. Like, the Metabolism Specific Diet. Although there are studies that have linked Alzheimer’s disease to cumulative levels of copper, it would probably be wise to ask yourself the question: could my diet be out of balance? Whether you are at risk for Alzheimer’s or have Wilson’s disease, could it be that you are not able to assimilate the copper due to a dietary imbalance?

Dr. Mercola mentions how copper toxicity could be zinc deficiency. He goes on to explain that, “Zinc is copper’s primary antagonist. That is, it helps reduce copper toxicity and also removes excess copper from your body naturally so you maintain a proper zinc-copper balance. If you’re deficient in zinc, and many are, it can lead to copper toxicity, and thereby possibly increase your risk of Alzheimer’s.”

I would suspect that if you do consume more than your recommended daily amount of copper (which can vary from 700 to 900mcg for an adult) depending on the source of those guidelines, you’d be a lot better off getting it from the naturally occurring copper in the foods mentioned in the above list exclusively. But balancing it out with other minerals and of course, understanding your genetics would be wise as well.

A Penny for your Thoughts: 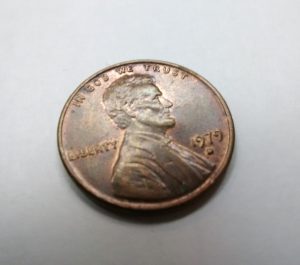 Please feel free to weigh in and share your thoughts in the comment section below or contact me. I’d love to get “your” two cents worth on this topic.

One Reply to “Copper: Deficiency In Humans, Fat Burning and Brain Function”