There are estimates that suggest indigestion alone effects over 50% of the population.

and 5th century B.C. One could say he is best known for writing one of the oldest binding documents in history, called the Hippocratic oath. He is also credited with the quote “All disease starts in the gut.”

Fast forward 2400 years later and we can see the plethora of degenerative diseases afflicting so many today. Our stomach harbors an estimated 100 trillion microorganisms. Which are 10 times as cells many as are in our bodies.

It’s commonly known that during our interim stay in our mother’s womb, our 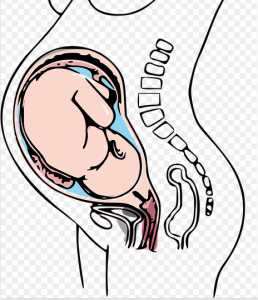 gut is sterile and free of those microorganisms. Then we have our first introduction to those organisms in the mother’s birth canal. Note: I think it’s worth mentioning that there are studies that state that this phase of development starts much earlier.

As we get older(especially in our later years) the harmful variety of these microorganisms – bacterium can be very problematic and even life threatening to our health. Which can lead to a 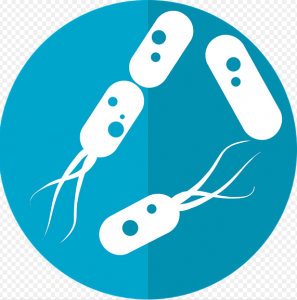 laundry list of issues including cancer and diabetes. There is strong body of evidence indicating that imbalances in microbiome – the totality of microorganisms and their collective genetic material present in or on the human body or in another environment, may be the causative factor contributing to a whole host of chronic diseases.

If a prominent ancient Greek doctor’s statement(“All disease starts in the gut“) is accurate, then I’d submit, that it would be wise to look at, for one, what we put in our gut, A.K.A a specific diet(which I’ve covered extensively in other posts) and maybe more importantly, what is missing from our daily intake that can optimize proper digestion. Which is the premise for this report. 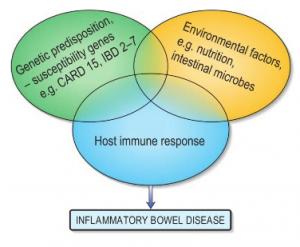 A very common condition known as Hypochlorhydria(also referred to as low hydrochloric acid), can be big factor in cause and effect throughout the degenerative illness spectrum. The root cause of Hypochlorhydria stems from the stomach’s inability to produce enough acid to properly breakdown and digest food.

When this deficiency occurs, you will simply not have enough hydrochloric acid(HCL) available to:

Symptoms to look for if you believe you may have Hypochlorhydria :

Other Symptomatic Causes of  Hypochlorhydria:

By virtue of a number of the items listed above, I think it would be reasonable to suggest that allopathic or conventional medicine does absolutely nothing to resolve the root cause of HCL deficiency. In fact, these medicinal protocols actually knock down HCL as well as deplete the body of essential minerals which can lead to issues such as osteoporosis. Source 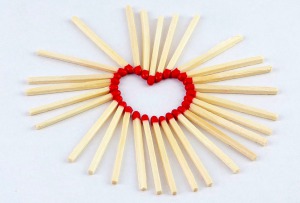 Also, there are claims that low stomach acidity causes acid reflux and heartburn 99% of the time. 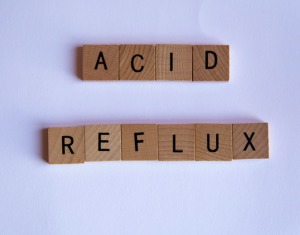 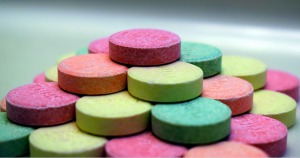 global big pharma market(A.K.A drug companies), I wouldn’t look to them for a solution to this problem. That’s not their business. Especially when you take into account that the global pharmaceuticals market is worth US$300 billion a year at least. That should give you a clear idea of what the bottom line is for them.

Video: From a trained pharmaceutical physician on the signs and symptoms of low stomach acid:

Is there a link between Autism and Low Stomach Acid? 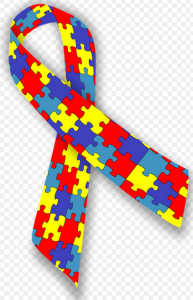 acid deficiency in the stomach could offer solutions into the causal factors of autism in children. According to many studies, 8 out of 10 children who are diagnosed as autistic, are blood type A. Why is this significant? Those who are blood type A are more likely to have digestive/low stomach acid issues earlier in life, even at birth.

Researched findings have concluded that children with autism have inflammation in their brains. In addition these children also “coincidentally” happen to have inflammation in their gut. So, this begs the question, Could it be logical to give credence to the notion that there is a connection between hydrochlroric acid deficiency and autism spectrum disorder(ASD) in these children? Source 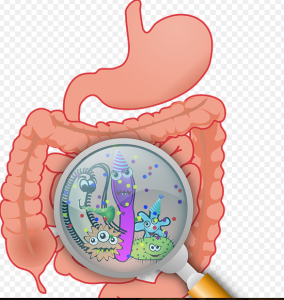 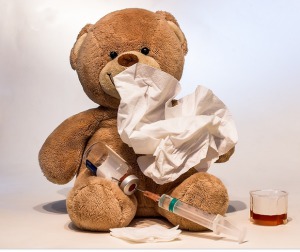 There is much debate between the mainstream medical community and independent research in regards to vaccine safety. Gastroenterologist Dr. Andrew Wakefield was one of those who came under fire for drawing a compelling connection between autism and the MMR vaccine. He was one of the first to trace the link between gastrointestinal infection and autism and take it “viral“(no pun intended).

Now, there is another side to this story. It’s comes from a prominent investigative journalist Brian Deer who claims in his own words that Dr. Wakefield “was paid more than £400,000 by lawyers trying to prove that the vaccine was unsafe”.  According to Deer, these figures were released under the freedom of information act. You can read the allegations here.

Dr. Wakefield denies the allegations, stating that he was paid by a government compensation program as an expert and the money paid out from the lawyers was directly paid to the medical school to do a study.

According to Marcella Piper-Terry, M.S. Founder of VaxTruth.org, “Vaccines cause the underlying

physical conditions that result in the pain, neurological damage, immune system disorders, gastrointestinal damage, and yeast overgrowth — all of which combine to produce the behavioral symptoms that result in the ‘autism’ diagnosis. Malabsorption of essential nutrients causes immune system disorders, seizures, encephalopathy, etc. … and that’s what leads to the ultimate diagnosis of ‘autism.'”

To be clear, these are not symptoms of autism, but vaccines can cause an array of issues that will lead to autism, as quoted above. So I think it would be an accurate assessment that vaccines do not cause autism, at least directly. source

On that note, i would like to mention a couple of individuals that I know, which I have spoke with, corresponded with and are very active in this field of study and what they are doing to provide remedies therein:

The first is Mary Baenen HMP, C.HP. Mary is a Certified Homeopathic Practitioner. I met Mary several years ago. Her and I had a mutual interest in bringing to light the issues regarding municipal water fluoridation. You can read both of our testimonies here that advocated for, what eventually resulted in a 4 to 2 vote of the the city council to have a 50 year fluoridation ordinance removed.

I thought it would be a good idea to reach out and consult with Mary on autism and how vaccines and poor digestion systemically play into this. She responded via email correspondence and mentioned that:

“I helped one beautiful family in which the oldest daughter was vaccinated and her two younger siblings were not vaccinated.

The two younger children had no problem with digestion, however, the mother described that her oldest daughter, then nine years old, has a digestion that was “as if she was a little old lady who couldn’t eat hardly anything.”

With just detoxing the vaccines given to her daughter, we were able to get her digestion back on track and she continues to be able to eat anything she wants. What many people don’t realize is that many vaccines contain antibiotics. Even the CDC (Center for Disease Control) has recently come out with warnings about unnecessary antibiotics.”

Mary puts a strong focal point on the removal of toxins to bring the body into well-being.

She states: “Homeopathy is the only way I know of removing the ‘energetic imprint’ of a drug or vaccine or any other toxin. An energetic toxic imprint can have a negative effect on the body’s vital force and functioning of the body, even after extensive cleansing, unless homeopathy is included in cleansing.

Many children on the autism spectrum do not have permanent brain damage, it is more like their brain is ‘stuck’ due to toxins. In many cases, clearing the actual toxins along with the ‘energetic toxins’ leads to full recovery from autism. The body needs to be clear of toxins to function properly.”

Mary has also done extensive research into the dangers of RF-EMR (Radio Frequency Electro Magnetic Radiation). One of the services that she provides is to assess homes for toxicities and give input on how to make their home environment healthier. She has a device that measures RF-EMR and it allows one to hear and see the actual readings of the RF-EMR in their home. I plan on writing more about this in a future post.
You can learn more about Mary’s work here: https://fourfoldwellness.com/

The other individual i would like to mention is Al Czap. I’ve known Al for close to 20 years. I spoke with Al a couple months back and he told me about an exiting new endeavor that he has embarked on, that can fix many digestive issues, including the ones that eventually lead to ASD. In fact, I’d submit, it would be accurate to say Al inspired me to write this piece.
Although i had heard of the concept of how “disease starts in the gut“, Al spoke with me more extensively about this, giving me a far broader scope of understanding. So, with that said, I’ll get to what Al is currently involved in. He has patented and recently put on the market 2 new products. One is a capsule that is for the purpose of aiding in HCL deficiency and the other is a powder that does the same but, more specific to the needs of those suffering from ASD.
Learn more here: https://www.tessmed.com/

So, how does hydrochloric acid address and prevent HCL deficiency?

As you age, your stomach acid will deplete. Add a poor diet of processed foods and you may find that you have both digestive and immune problems.

Tips on how to increase hydrochloric acid in the gut:

3. Add fermented foods and drinks to your diet Including:

When your body consumes processed foods, you may be triggering the release of powerful antibodies meant to fight off foreign invaders, which can actually cause collateral damage to your body’s cells. In fact, eating a diet rich in processed foods and junk foods can cause an ongoing mistaken internal attack on very necessary components of your digestive system. Source

Video: Is addressing Low Stomach Acid the Answer to Disease?

Something to consider if you supplement with B12:

If you do not have sufficient amount of acid in the stomach you cannot breakdown and digest b12 as it requires a high level of stomach acid to process unless it is administered intravenously.

Anxiousness and depression may occur because a B12 shortage also depresses the brain chemical serotonin, a neurotransmitter linked to your brain’s pleasure centers, and dopamine, the mood

Unless there’s an intervention, low B12 levels may even lead to paranoia, delusions and hallucinations. Other signs include:

Get B12 and read reviews here

Self test for assessing stomach acid:

There is a self test that can be effective in determining whether or not proper levels of hydrochloric acid are present in the gut. This test is performed by mixing one quarter teaspoon of baking soda in eight ounces of cold water, first thing in the morning before consuming any food or drink. Drink the solution and time how long it takes to belch.

If your stomach is producing adequate amounts of hydrochloric acid you should probably belch within two to three minutes. Excessive stomach acid may be present if early and repeated belching occurs. Performing a Heidelberg or Gastrocap test can give further confirmation. Source

On a personal note, I think it would be prudent to consult with a physician if you are concerned about a particular degenerative issue, such that you feel the information above could be a

viable option for your situation. Though, if that physician prescribes or suggests something over the counter, for example, some kind of statin or antacid, I myself, would strongly consider getting a second opinion.

Lastly, i would like to give acknowledgements to the resources below and of course, Mary Baenen and Al Czap for availing me with their knowledge and insight.

3 Replies to “FIRING UP THE FURNACE! Hydrochloric Acid Deficiency and its Roll for the Digestion of Protein”